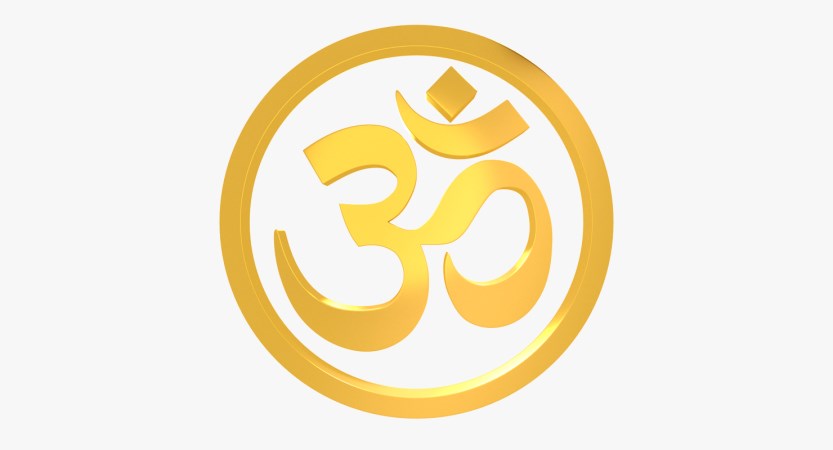 We have all heard the word “Om”. What is Om? What it means?  Can it be translated? (Not exactly).

If one chants Om can somehow affect his religious perceptions? (categorically not).

So let’s try to break this mystery and misunderstandings about Om so that we can better understand its meaning. 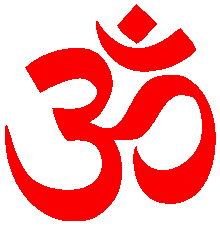 Om is an ancient Sanskrit “word” that the first Rishis (wise or prophets) have discovered and have felt after intense contemplation where they realized truths and eternal knowledge and brought it to the world in the form of poems. Rishis, we can say that by chanting OM they felt its essence and then shared it with other people who experienced their sensation as well.
It is somewhat difficult to describe it in words. Om represents everything. It is the seed of all creation. We can resemble it with an acorn (the small seed) that conceals all the power and beauty of a huge oak tree. This seemingly tiny word contains all the power of the universe. It is the beginning, the middle and the end of everything or the past, the present and the future. Chanting Om leads us to sensitize our consciousness and gain deep awareness of the reality of the physical world and our physical body, the subtle impressions of our mind, feelings, thoughts and beliefs about ourselves and the world in which we live.

Om in more complete form appears as Aum. When it is written in this way, it seems like the word consists of three parts, but in reality there are four.

The sound of Aaaa represents the universe and all that is contained within it. Aaaa is the beginning of all sounds (the most albabets in the world start with “a”). It connects us to the sense of ourselves, the ego. With the Aaa sound we experience the existence of the world through the activity of the senses. When we chant Aaa, the sound is produced in the throat and back of the mouth where the root of the tongue is found and corresponds to the lower abdomen. The Aaa sound brings the sense of unity and truth of our existence.

The Ou signifies the preservation of the energy of the universe and the subtle impressions of the mind. It connects us with an inner sense of what exists and is greater than what we can see and feel with our senses. Chanting Ou we allow a sense of “lightness,” clarity, balance and kindness into our lives. The Ou sound moves forward, between the tongue and the palate to the lips and vibrates the solar plexus. It brings enlightened knowledge and pure wisdom.

The sound of Mmmm is characterized by the transformational energy of the universe, the thoughts and the beliefs about our being. It is the sound that unites us with a sensible connection to the All. It allows us to slow down so that we get the sense of consistency of the whole. The sound of Mmmm is produced with closed lips and vibrates the top of the head. It symbolizes bliss through union with everything.

The fourth sound is silence. It’s the vibrations beyond the verbal accent. It is the pure consciousness of the Self. The section Sat chit Ananda (I Exist, I Know, I am delighted) is experienced with silence.

From the above we understand that Aum’s experience is multifaceted. In fact it is the experience of everything in everything. It is said that Aum includes the whole process of sound and that all the other sounds are contained within it. Om is called the seed of all sounds, the original-original sound from which all other sounds and words come from. For this reason Om represents the world consciousness, the source of everything, the power that creates everything.

When we chant loudly, the sound evolves naturally through the three phases that correspond to the three letters: A – U – M. We experience Aum as a sense of fullness and pure consciousness as the three syllables are not cut off or separated, but a continuous movement body, breathing and (an??) awareness of consciousness.

The real strength of Om lies in its experience. Reading the above we can intellectually understand Om but we do not experience it. By chanting alone, with friends or with some group, we allow the experience to penetrate our consciousness. We feel the power of every sound to vibrate the whole body and bring to light all our hidden qualities. With Om’s sound, we let the vibrations purify and purify our entire energy system and chakras. With the sound We experience the fullness and healing.

Many yoga lessons begin and end with the chanting of Om three times. This mantra allows group action to harmonize harmoniously as it shares the breathing and reciting of Om. Each person co-ordinates with the energies that remind the body and the mind to undo the world’s worries and turn inside, to the eternal joy that yoga can offer.

With Om’s repetition(By repeating Om), we show respect for the lesson and others. Om is an amazing tool that can be used by people of all ages and all religions to bring focus and sensitization to the deeper and greatest meaning of life.

This site uses cookies. By continuing to browse the site, you are agreeing to our use of cookies. Find out more.

If the settings on your software that you are using to view this website (your browser) are adjusted to accept cookies, we take this, and your continued use of our website, to mean that you are fine with this. Should you wish to remove or not use cookies from our site you can learn how to do this below, however doing so will likely mean that our site will not work as you would expect.