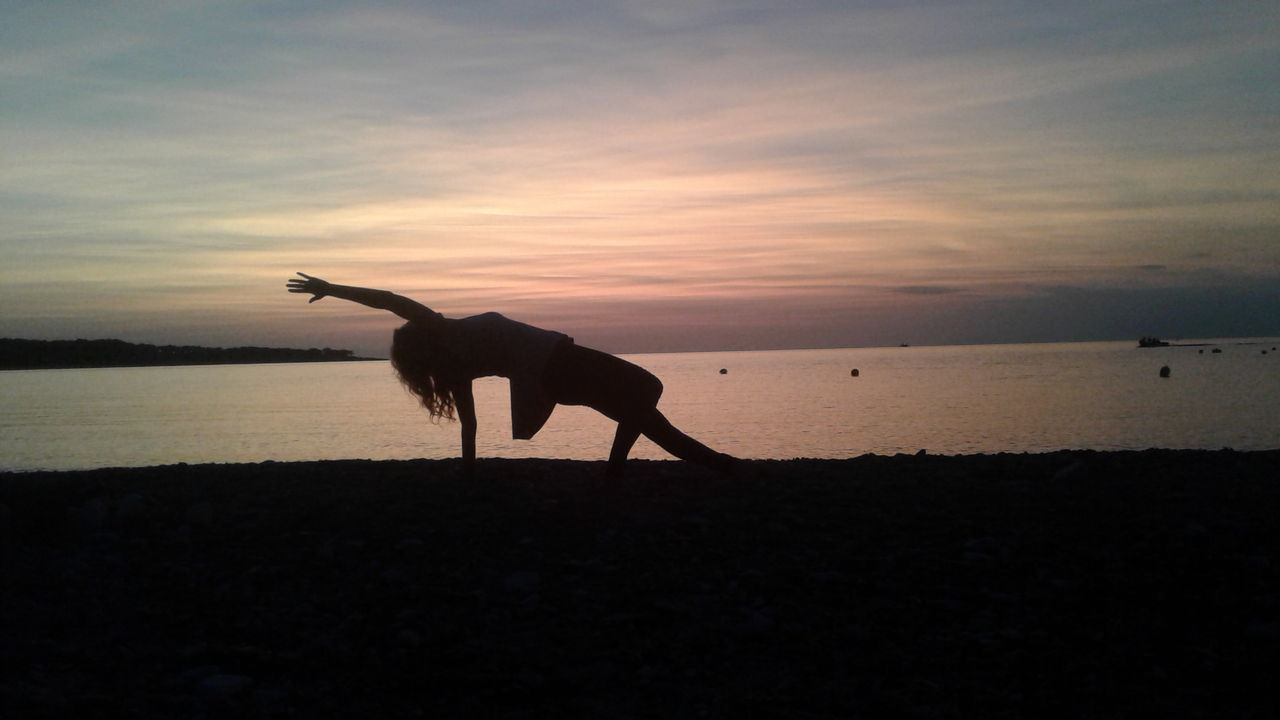 The mythological tradition of India refers that the protective god Vishnu was incarnated as a great fish to help Manu (the archetypal man, or the first man) take back the Vedas from the demon Asura who had stolen and hidden them in the depths of the oceans. The fish symbolizes the primary Existence as it projects from the waters of non-existence.

The head is the point where everything starts. The head is the seed. Although sirsasana that seems unnatural, the successfully performed inverted pose gives a sense of bliss and integration.

In India, the country of the rivers inevitably there are many boats and many boat passageways known as tirthas. Tirthas are often holy places and are connected with a holy man or a deity. Indian literature is rich in images of boats that cross the water. The poets envision life as the journey of small boats to the stormy waters with a navigator the spiritual pursuit or the god that will ensure a safe passage to the opposite side.

In Indian mythology, the triangle symbolizes the Divine Being. The three sides of the triangle represent the three forces of the universe. The creative power (Brahma), the power of preservation (Vishnu) and the power of change (Shiva). The triangle pose expresses at the same time the mind, the body and the spirit, emphasizing their interactional expressions, trust, interdependence and interaction.

Rain is a blessing for the earth and the humans. It symbolizes the abundance and prosperity of agriculture. The pose resembles a sun visor that spreads out to provide shade.

The lateral inclination of the physical body marks the sky diagonally. This symbolizes the steady upward but also laborious and tiring path of the trainee towards self-evolution and self-awareness. The spiral movement symbolizes the need for man to see behind his back. (The spiral movement symbolizes the human need to see behind the back.) In the perception and awareness of existence there are limits, there are blind points (spots), that can be read only through the mirror of interpersonal relations. Many times the others can see more faithfully the points that we can not see with direct visual contact.

Virabhadrasana I – The warrior pose I

Within the deceptive material world the “peaceful” warrior symbolizes the human soul struggling to distinguish the truth from the illusion. Wrestling is both external and internal. The look of the warrior penetrates the veil of fallacy. His sword is the consciousness that cripples the attachments. His armor is the unconditional love that repels the hordes of fear. His chariot is the disciplined exercise that leads to the illuminated shore of redemption away from the enslaved country of mechanicity.

The lotus resembles the well known water lily. At the bottom of the lakes and rivers, the lotus seed is rooted in the mud. From the darkness of the bottom, the stem of the plant emerges through the cloudy waters. On the surface of the water, the lotus flower appears in the clear light of the Sun, the stars and the Moon. The plant is at the same time in the soil mud, in the flow of the water, in the air and in the warmth.

In Buddhism the lotus is known to be associated with purity, spiritual awakening and faithfulness. The flower is considered pure as it is able to emerge from murky waters in the morning and be perfectly clean. Therefore in common with Egyptian mythology the lotus is seen as a sign of rebirth, but additionally it is associated with purity. The breaking of the surface every morning is also suggestive of desire, this leads to it being associated with spiritual enlightenment. As a lotus is able to emerge from Muddy Waters un-spoilt and pure it is considered to represent a wise and spiritually enlightened quality in a person; it is representative of somebody who carries out their tasks with little concern for any reward and with a full liberation from attachment.

Sorry, the comment form is closed at this time.

This site uses cookies. By continuing to browse the site, you are agreeing to our use of cookies. Find out more.

If the settings on your software that you are using to view this website (your browser) are adjusted to accept cookies, we take this, and your continued use of our website, to mean that you are fine with this. Should you wish to remove or not use cookies from our site you can learn how to do this below, however doing so will likely mean that our site will not work as you would expect.